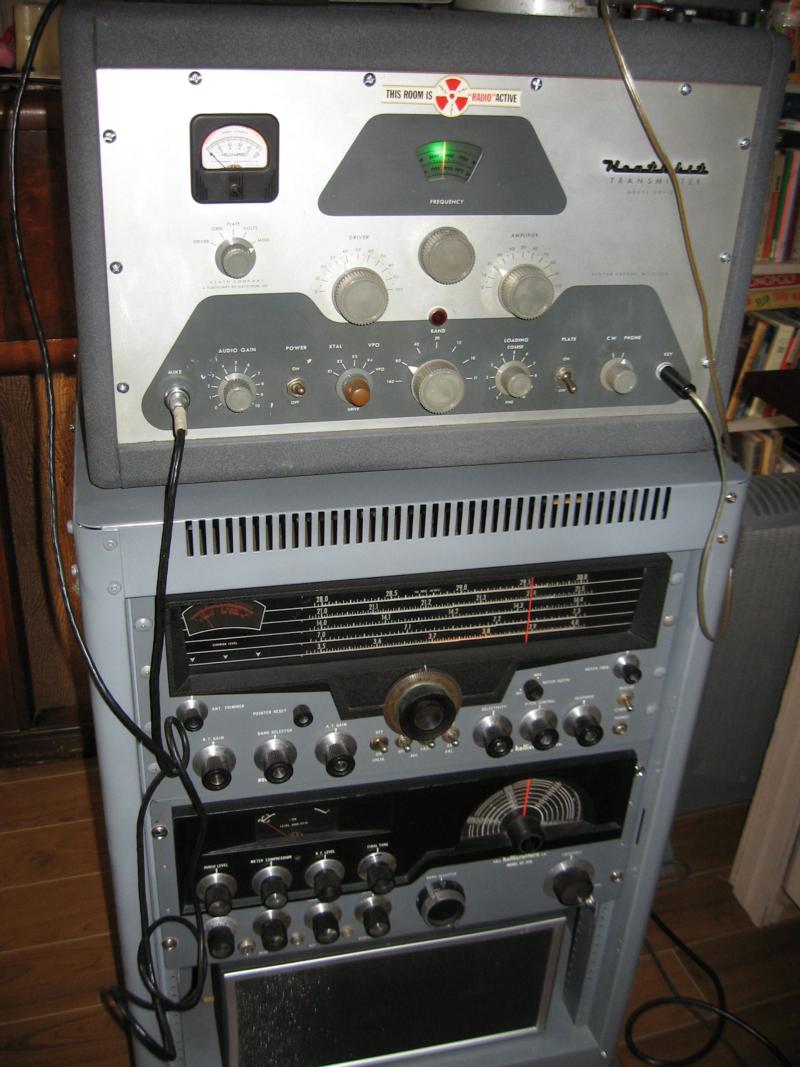 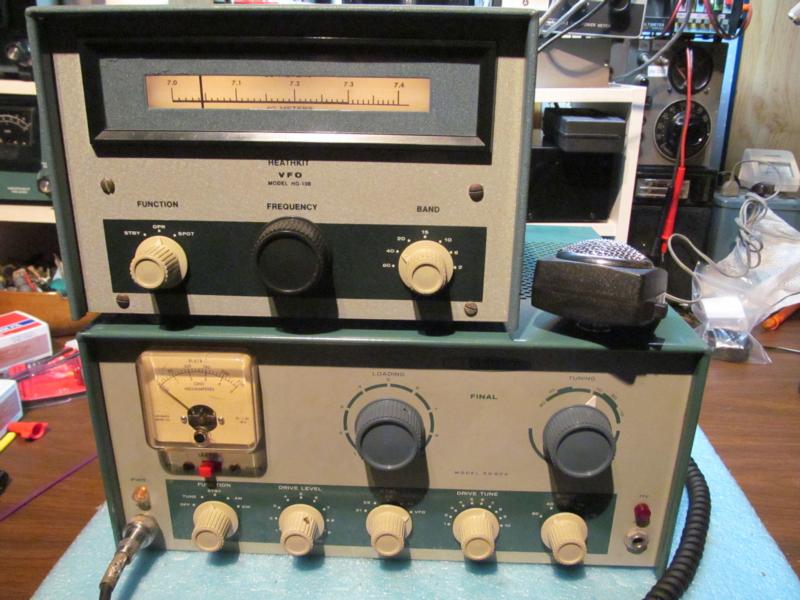 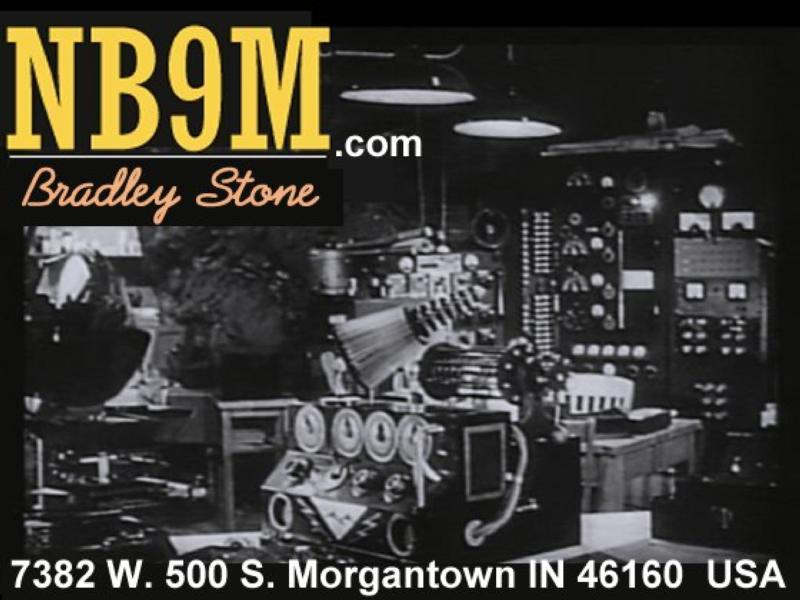 This made the cover of Electric Radio! 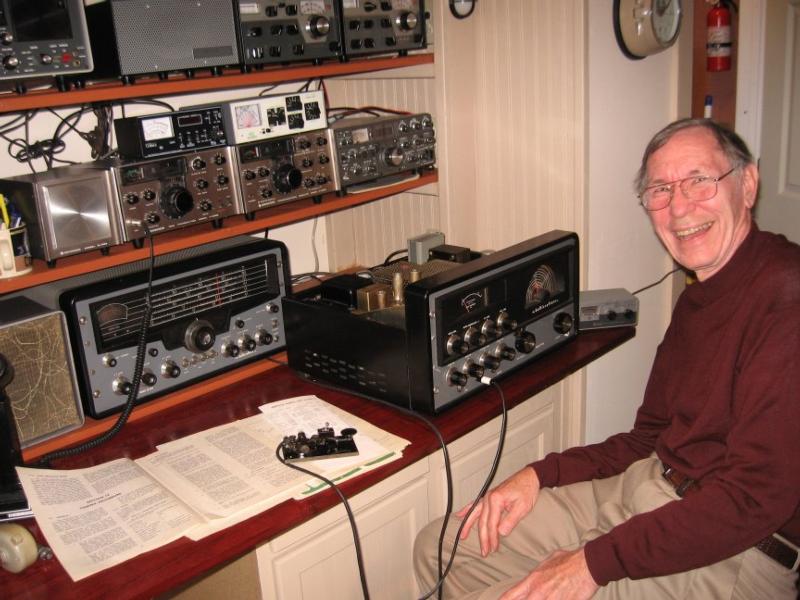 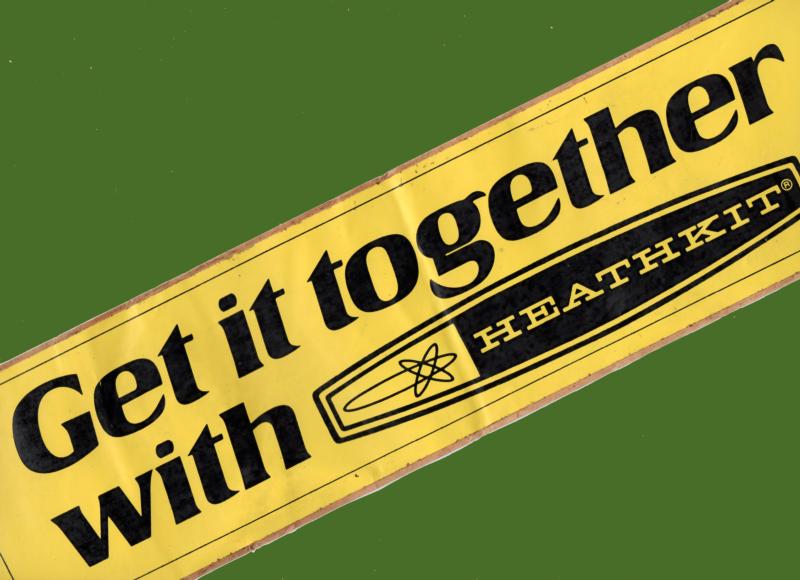 My name is Brad, and I am an amateur radio operator, shortwave listener and broadcast radio enthusiast.  I've always loved electronics, and was fascinated with shows like Super Car, Lost in Space, Voyage to the Bottom of the Sea and many other 1960s television shows featuring lights, knobs, switches, meters and other cool things.  The first spanking I remember, around 1959, resulted from my drawing knobs and switches on the living room drywall with a crayon.

Dad brought home from a local auction an old, original Hallicrafters S-38 around 1972.  The old postwar receiver had a bad 60-cycle hum, but I clamped on the headphones and listened to HCJB (Quito, Equador) and RSA (Radio South Africa) every night.  Both these stations have long disappeared from the air, but I still remember the lights of the tubes reflecting on the ceiling at night - long after I was supposed to be asleep.

A few months later, I transmitted for the first time on a Utica Town & Country Citizen's Band transceiver at a friends.  Later, I mowed lawns all summer to get my first CB: a Metrotek Colt 23 transciever, and a Goldenrod vertical antenna.  This was long before Citizen's Band became the depraved hellhole we now have.  I wanted to be a ham, but I lived in a rural area, and couldn't find an "Elmer" (a typically older teacher) to enter the amateur radio hobby.  Jobs, marriage and kids were in the cards first.  In 1983, I finally got my first call as a Novice: KA9OWA.  A few months later I was a General, and was issued the Extra call, NB9M in 1984.

My background is in consumer electronics, avionics and software development with several disciplines, including pharmaceutical, defense, retail, manufacturing, etc.  Currently, I am a software engineer, supporting a Navy project, for a major defense contractor. My web site is nb9m.com.

We appreciate your donations to Heathkit DX-60 AM Net, because without them this site would not be possible.

You do not need a PayPal account in order to donate with your credit card. Just click on the Donate button below. You will be prompted for the amount you wish to contribute.