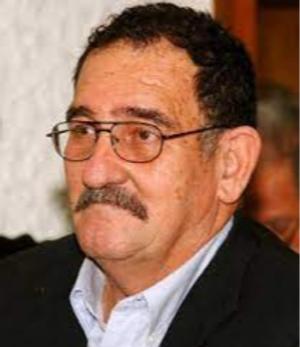 In the early hours of this Sunday, the prominent journalist and university professor Arnaldo Coro Antích, with a long career in Cuban radio, died in Havana.

National Radio Award 2017, Coro was born on July 2, 1942 and from a very young age he was linked to radio broadcasting. He was a right-handed expert and specialist in Mass Communication Media and New Information and Communication Technologies.

He taught classes as an Adjunct Professor at the Higher Institute of International Relations of MINREX and served as Vice President of the Cuban Commission for the Preservation of Audiovisual Heritage, created by UNESCO.

He was the author of numerous scientific and technical publications, including the book The Radial War of the United States of America Against Cuba, published in 1984.

His last working years were spent in the English newsroom of Radio Havana Cuba, a group that mourns his death and sends his condolences to family and friends

The following additional information was provided by the Cuba  Coordinator of the FRC Emergency Network, CO2JC:

“In the early hours of 8 January 2023, our colleague Arnaldo de Jesús Coro Antich (CO2KK) passed away in a hospital in the capital at the age of 80 due to complications from his chronic illnesses.

Coro’s interest in radio began, he recounted, when he received a gift from his father: a coil with a galena stone and headphones to listen to radio stations. At the age of 12, he joined what was then the Radio Club de Cuba, the association that brought together radio amateurs in the capital in the late 1950s.

In 1957, he started working at the CMBA television station Channel 7, owned by the Mestre brothers, where he brought a lot of knowledge and experience to his work.

As a journalist he worked for the press and radio, his greatest passions. We remember his column on science in the magazine Juventud Técnica and his contributions to the radio station Juventud Rebelde. He also acted as a consultant. In radio, he was a member of the team of Radio Habana Cuba until his death, his programme “DXers Unlimited” in English reached all corners of the world, from where he received a lot of listener mail. Many foreign colleagues knew him as “Arnie” Coro. He also produced columns on science and technology in programmes on Radio Progreso, Radio Taíno and Radio Metropolitana.

Arnaldo was passionate about popularising science and technology and was always on the lookout for the latest discoveries and inventions to share with listeners and friends.

As a teacher, he also taught at the Instituto Superior de Relaciones Internacionales “Raúl Roa Kourí” and at the International Institute of Journalism “José Martí”. However, his teaching activities were not limited to these; he constantly passed on his knowledge to everyone.

Since its foundation in 1966, he was a member of the Federation of Radio Amateurs of Cuba and an active member as well as a member of technical commissions and other positions, always looking for solutions to technical problems. He founded and produced the programme “Rueda del Multímetro” for a long period of time, in which he contributed to the understanding of the technical issues of amateur radio and gave answers to problems that many of his colleagues brought to him.

He actively contributed to rounds such as the Hurricane Net as well as the “Encuentro Capitalino” (Capital Meeting), where he offered his knowledge of solar activity and radio wave propagation, one of his favourite subjects, here he was a true connoisseur.

Another subject to which he devoted special interest, time and effort was emergency communications by radio amateurs. His radio station was always ready to help in case of emergencies and disasters in our country and region. At the time of his death, he was the Emergency Coordinator for Area C of Region 2 of the International Amateur Radio Union (IARU R2).

I will always be grateful for our exchanges by radio or phone about the extreme weather events that threatened our area.

Related Comments
You must be logged in to leave comments.